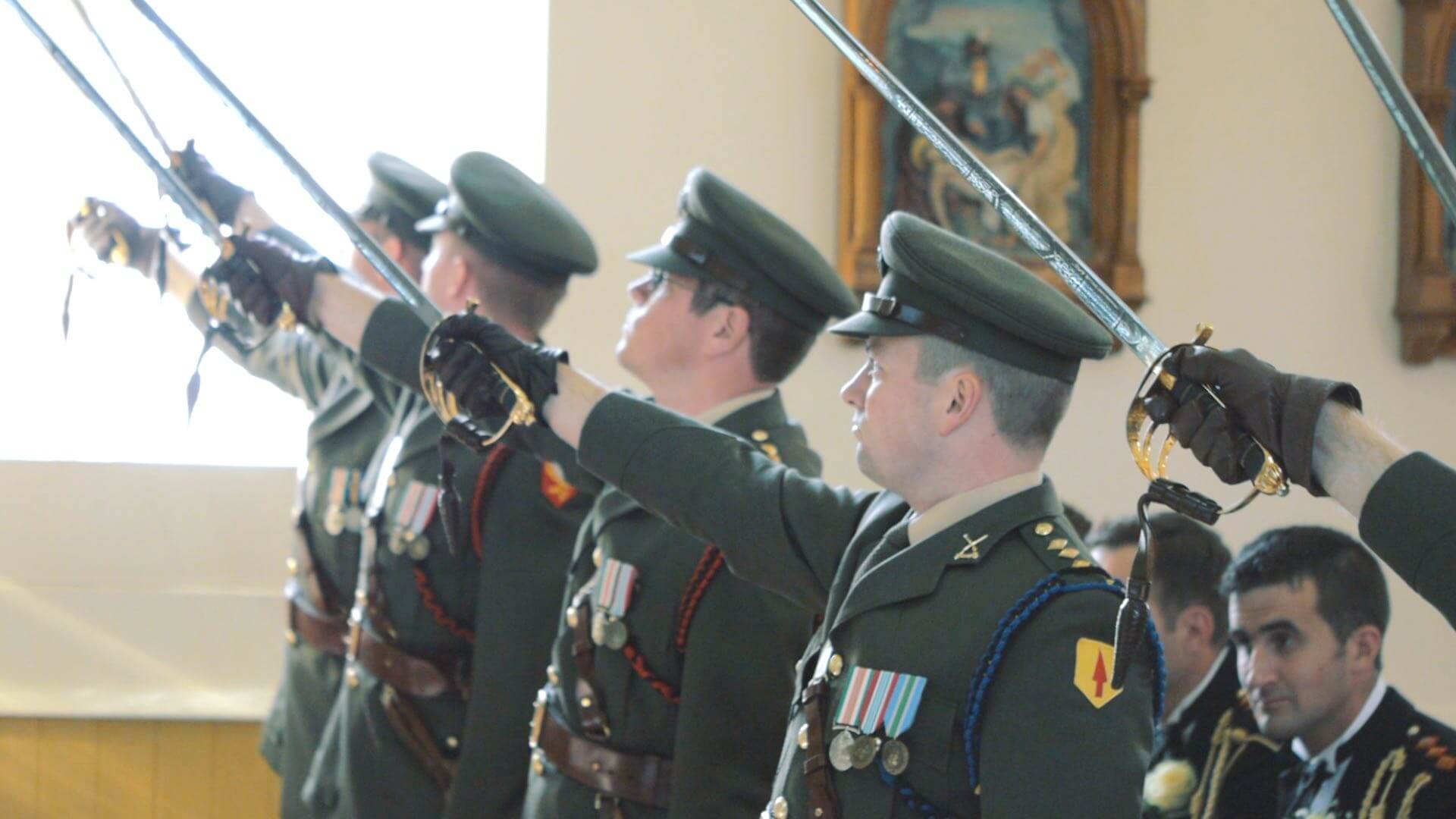 When the groom-to-be asks for a tracking shot à la The Copa Shot from Goodfella’s in the videographer consultation meeting, you know these guys are going to be fun. Although we didn’t have time to replicate the infamous shot, we did have a lot of fun with Lydia & Alan on their magical wedding day in County Cork.

When I look at their wedding video now, three things stand out straight away. The first, and most obvious, is that this was an Army wedding. Alan, a Captain in the Irish Army wore his green ceremonial uniform and military medals of service. But he wasn’t alone. During the Offertory Procession, eight soldiers marched up the aisle to raise their swords around the couple. After the ceremony Lydia & Alan were welcomed as newlyweds outside the church with an Arch of Swords and some special bubbles in memory of Lydia’s little brother Michael. The Arch of Swords is to ensure safe passage into the next chapter of the couple’s lives. If you haven’t experienced an Irish Army wedding before, we’ve included a lot of ritual in the video so you can experience it for yourself. The whole thing is pretty spine-tingling.

The second thing I noticed is how happy Lydia and Alan were throughout the day. They could just not stop smiling! It was actually a bit infectious. Weddings are always best when both the bride and groom just relax and enjoy their day. Lydia and Alan did just that, and it comes across so evidently. Even their gorgeous son Tom, had a smile on him the whole day! One of the happiest kids we’ve met.

Lastly, the location. This was our first time shooting a wedding video in Castlemartyr, although myself and Sue have visited the resort a couple of times in the past, and we knew it would be an awesome wedding venue. The weather was cracking for October in Ireland, and really showed off the beautiful grounds and hotel in a particularly special light.

To Lydia, Alan and Tom - thank you for having Hitched Films capture your special day and allowing us share this video. We wish you guys many years of fun, laughter and love. 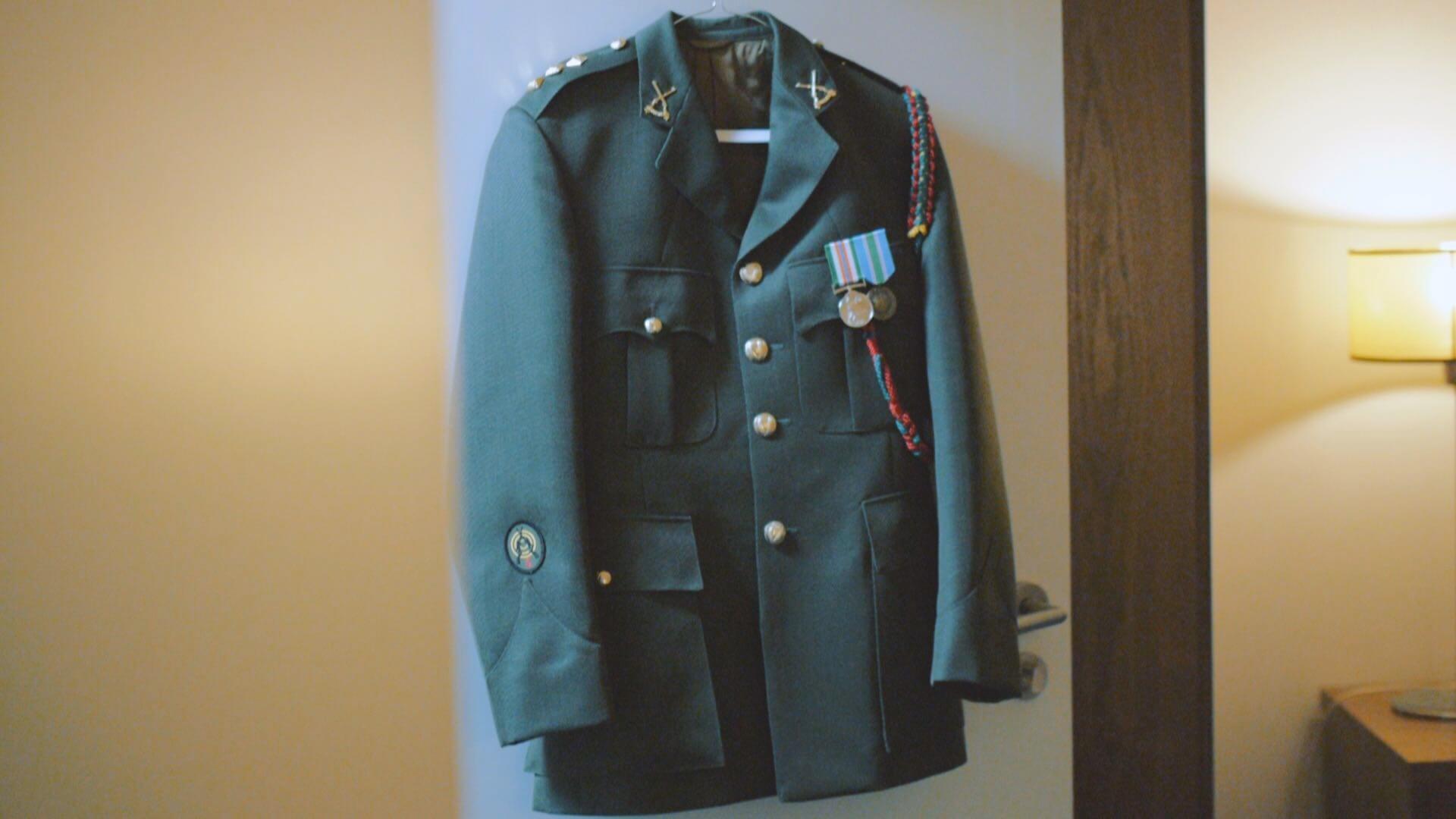 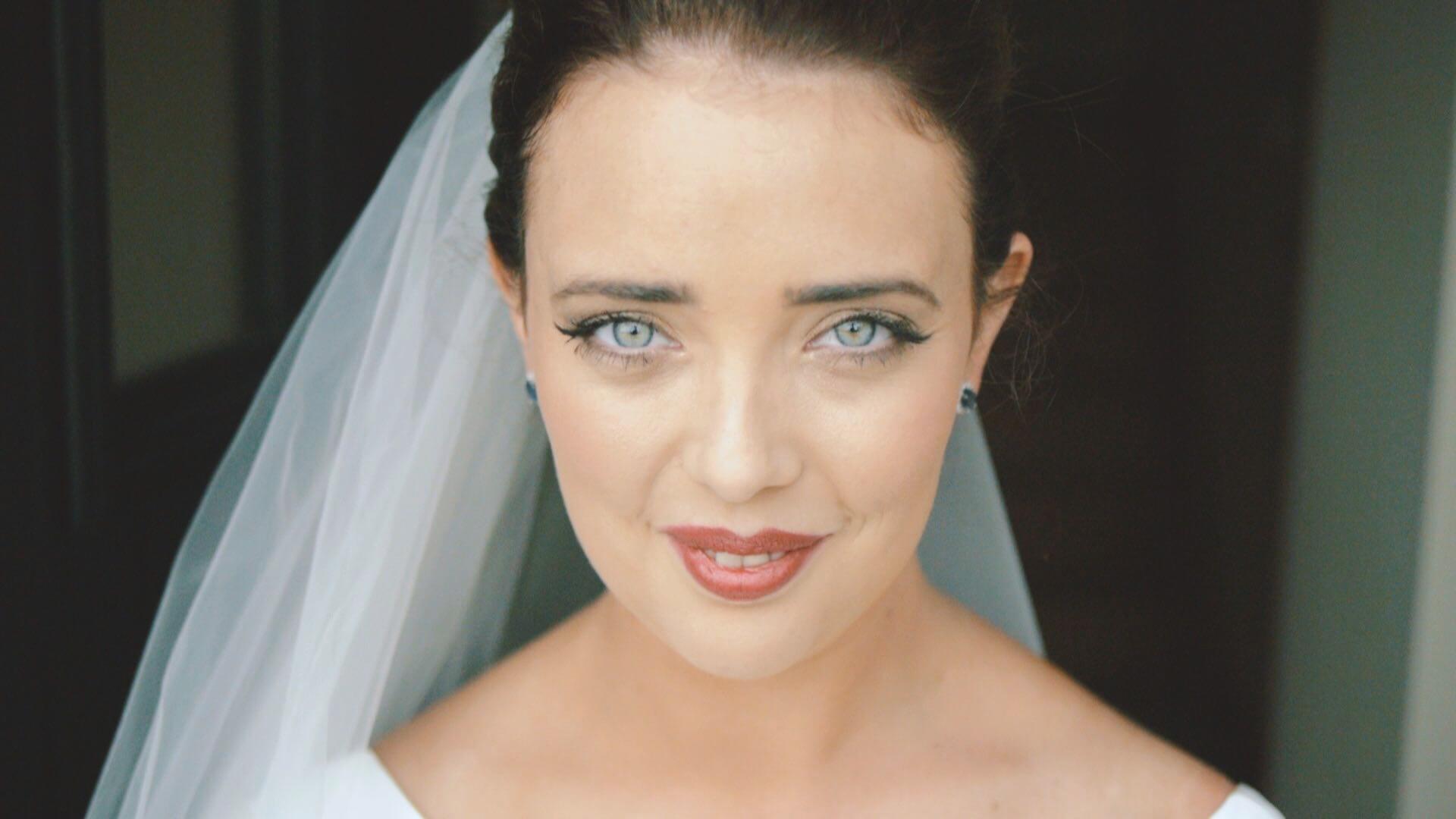 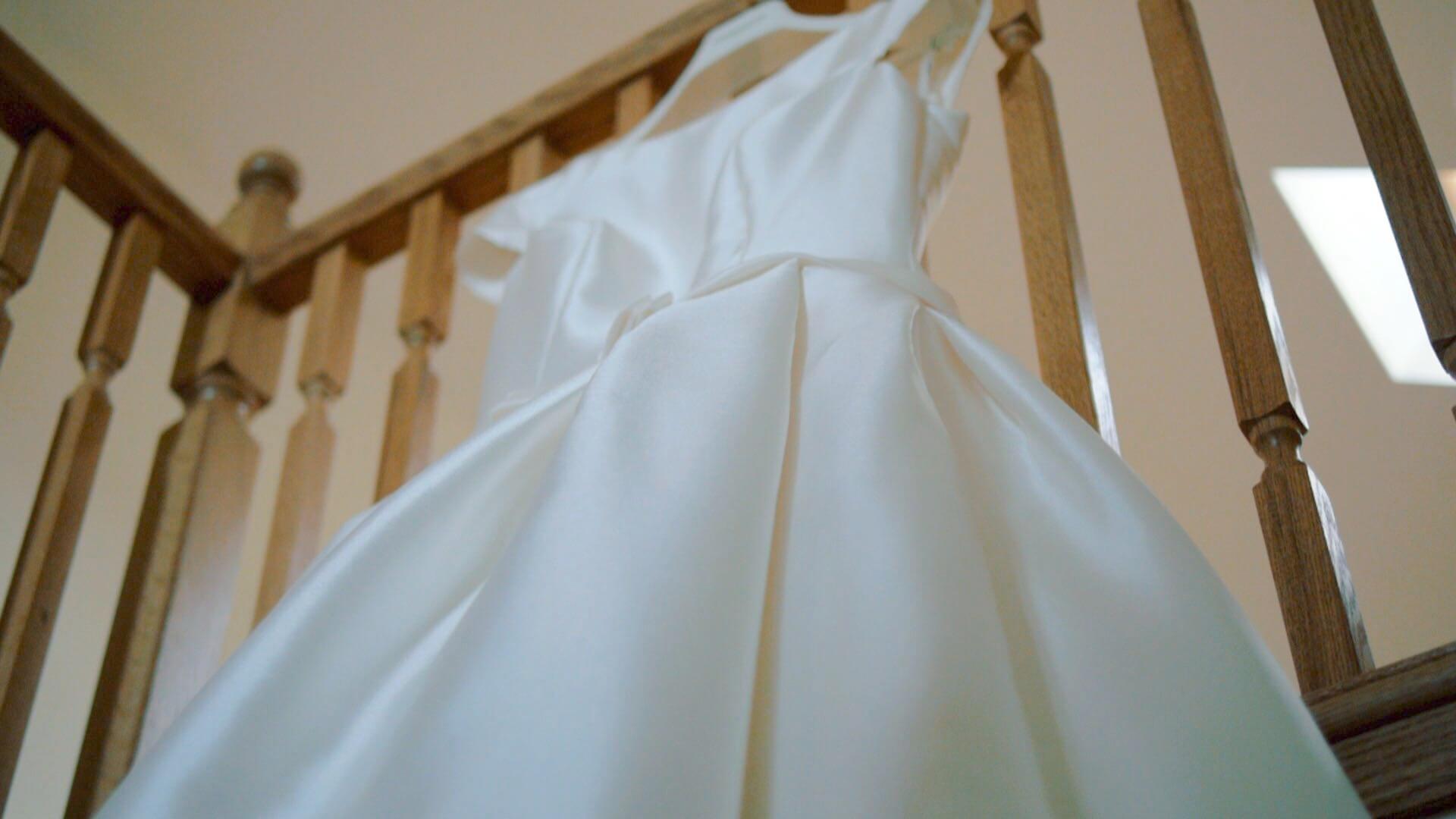 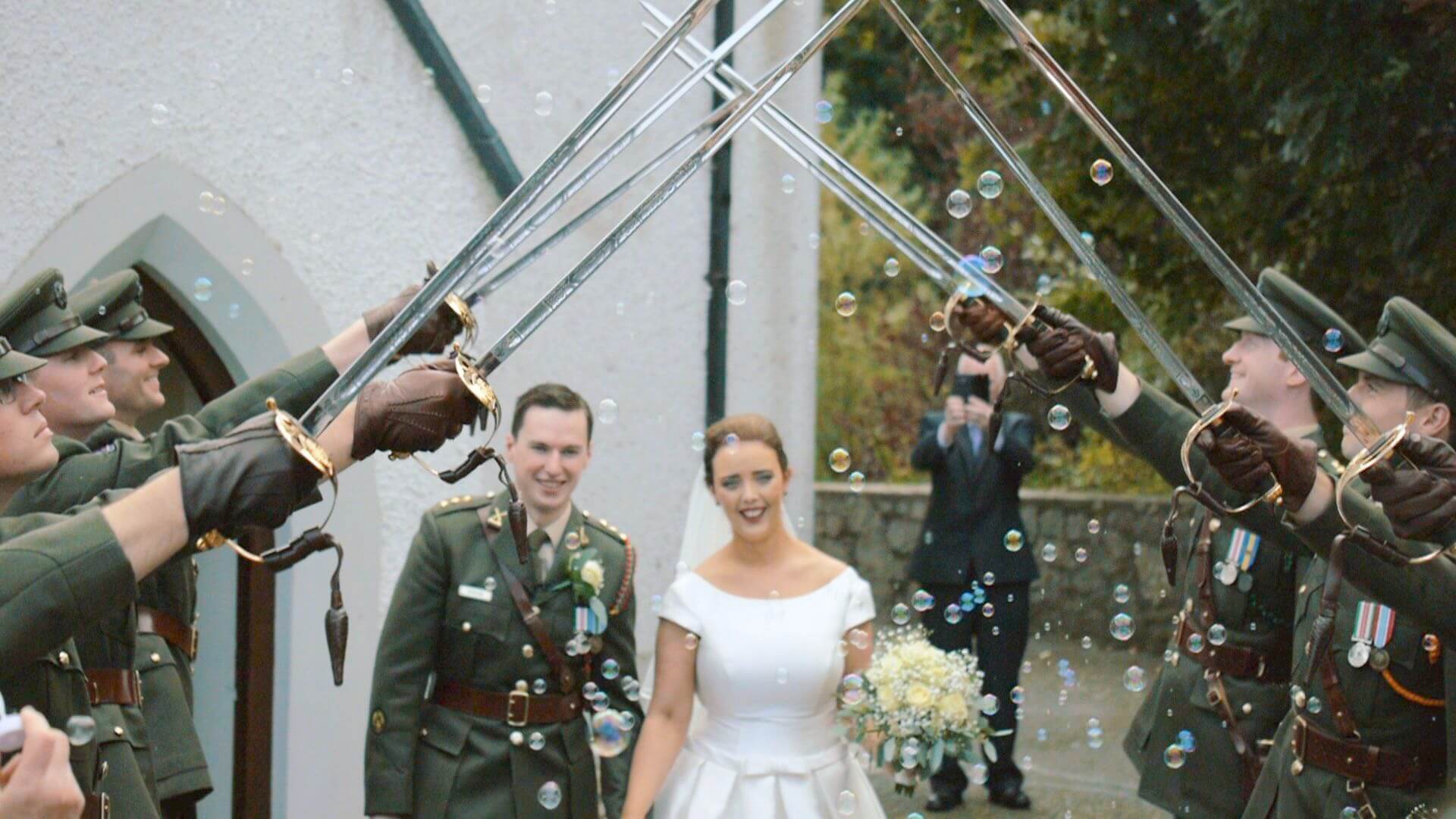 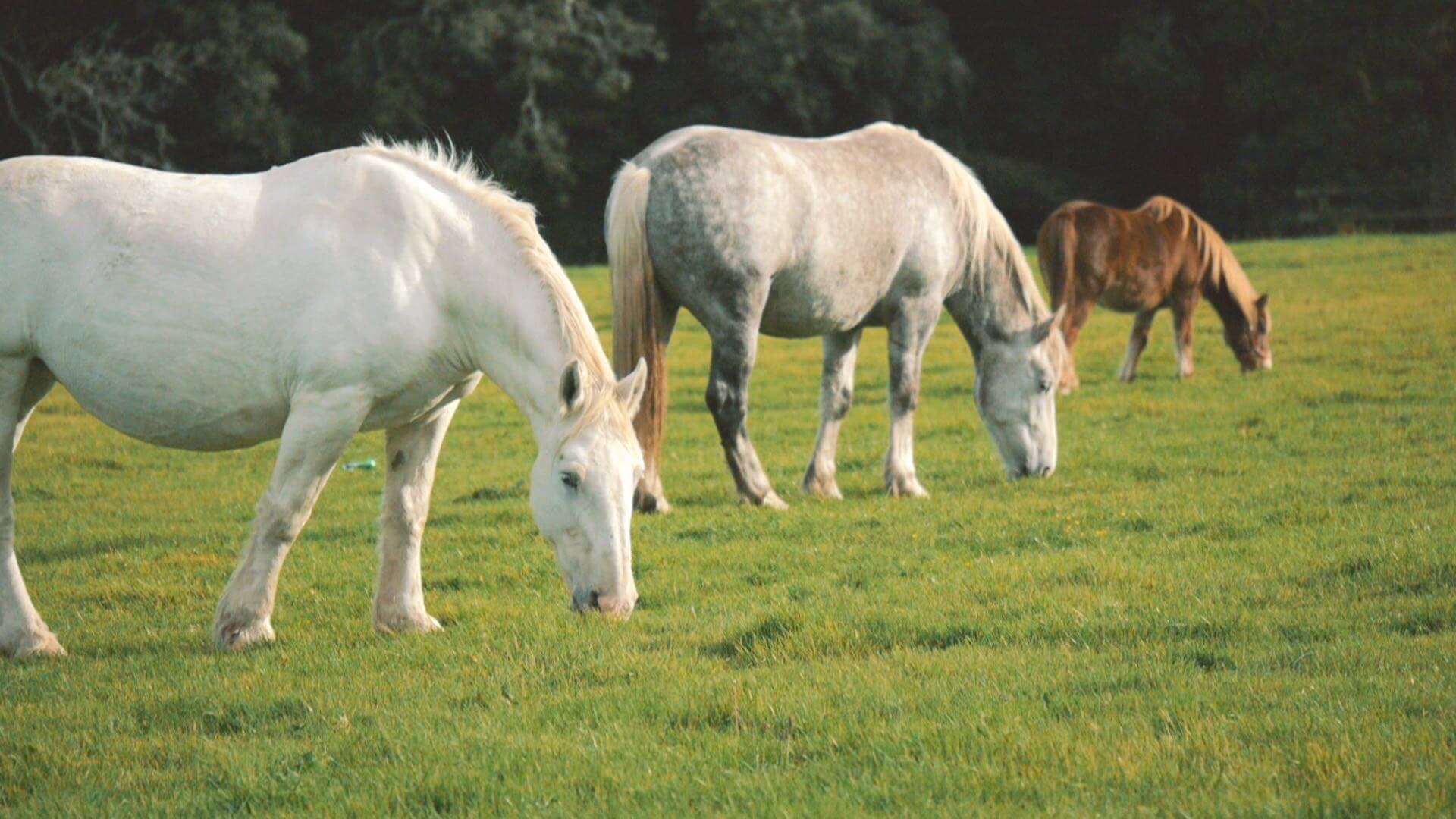 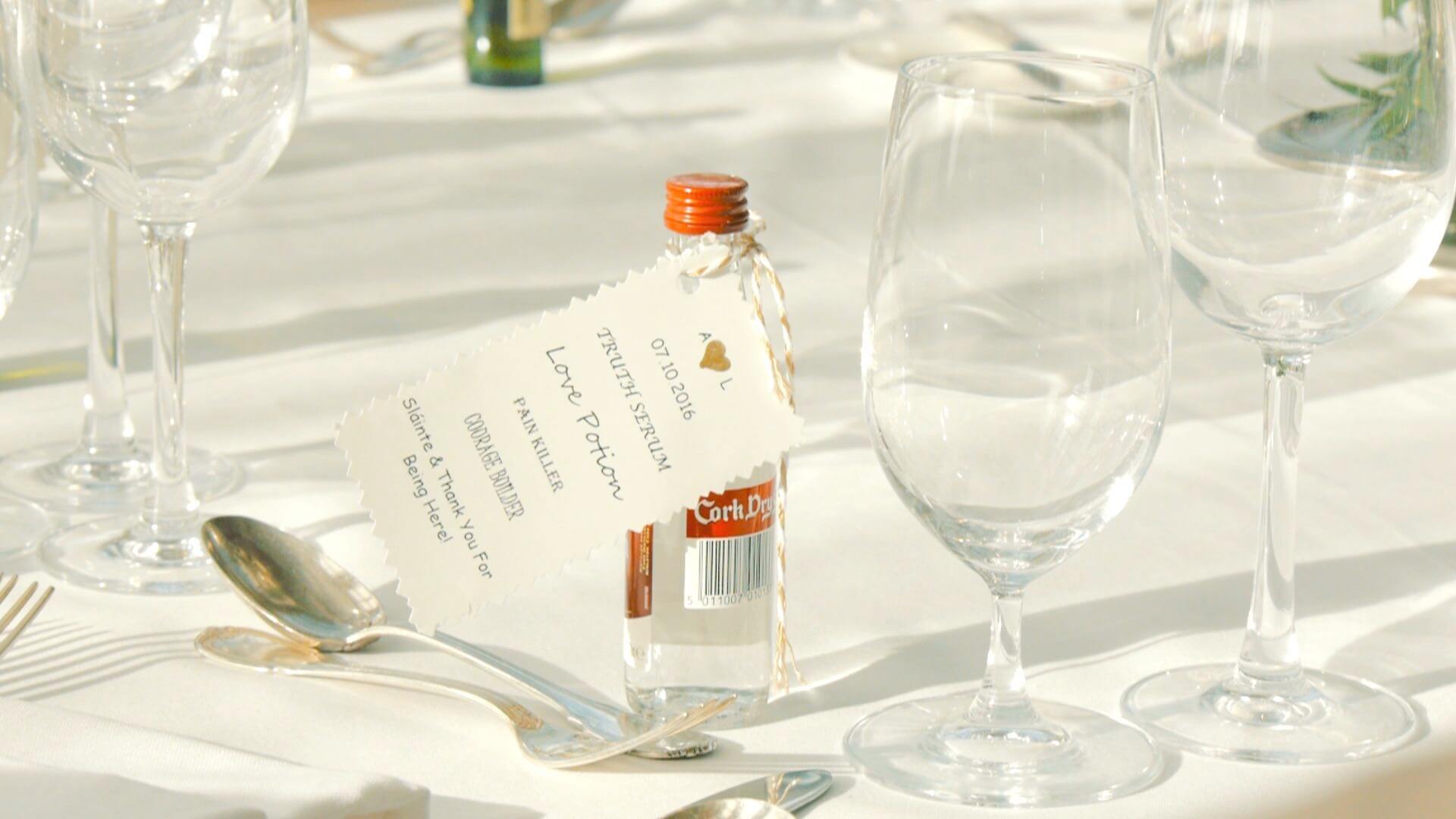 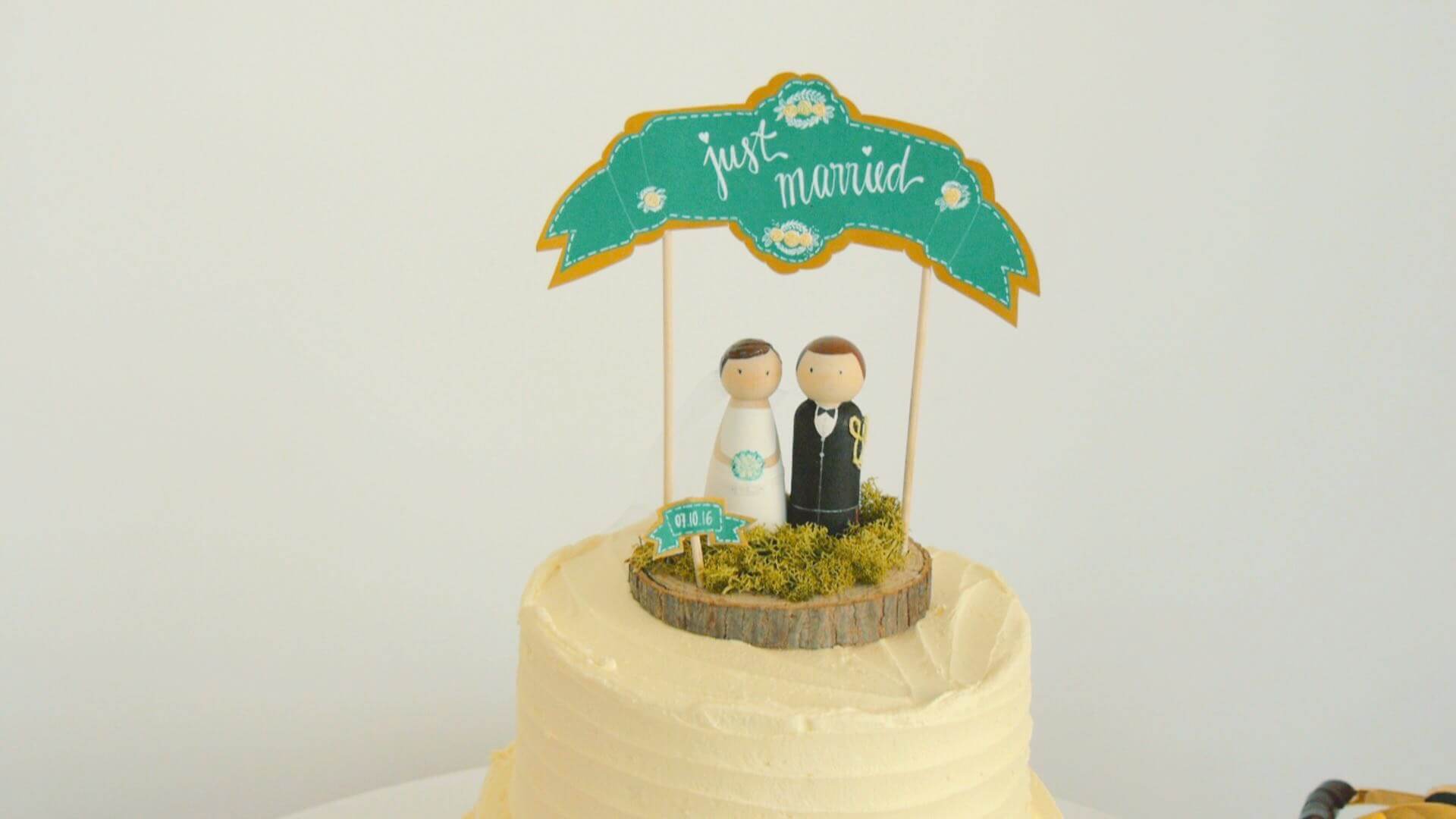 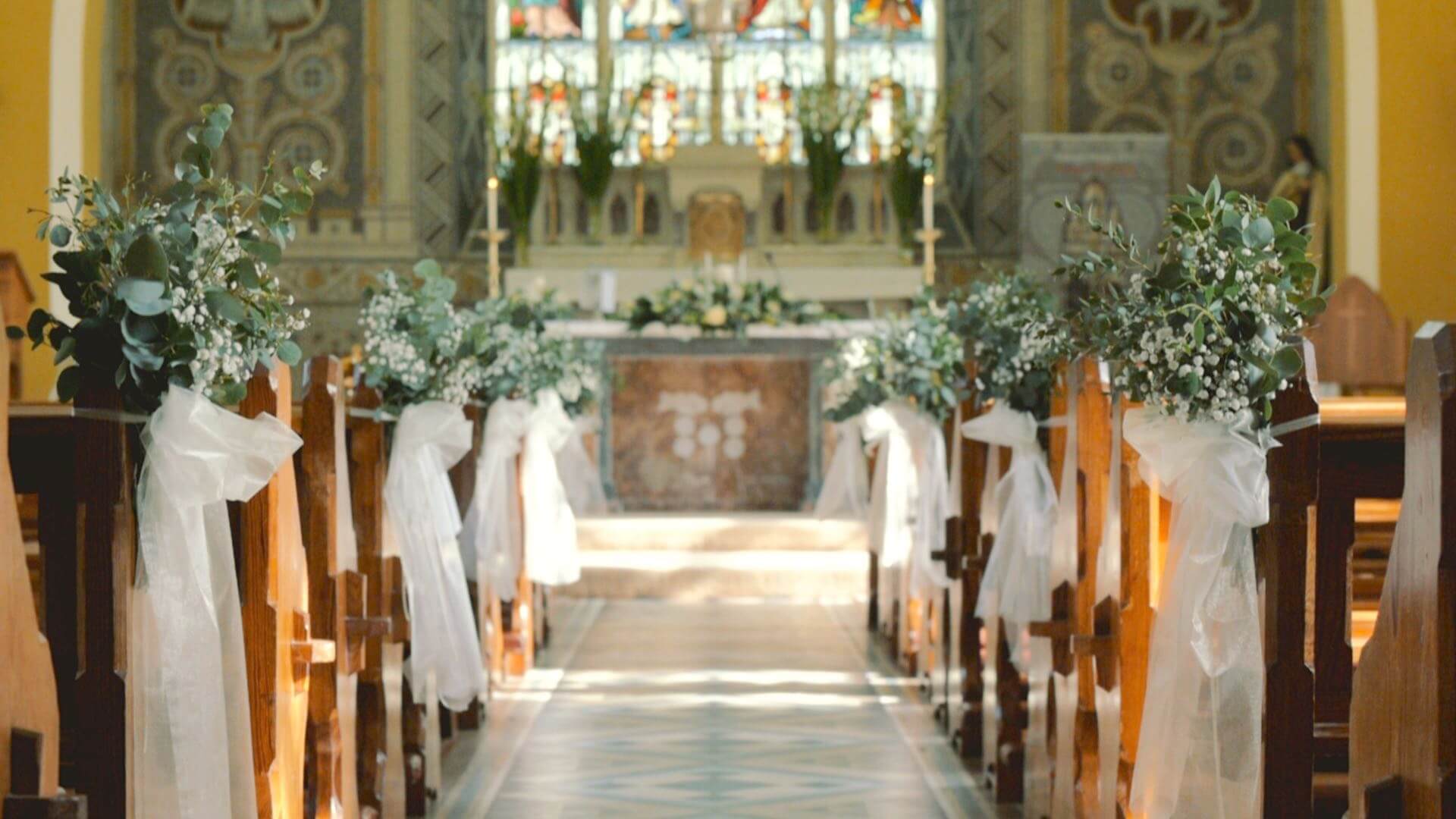 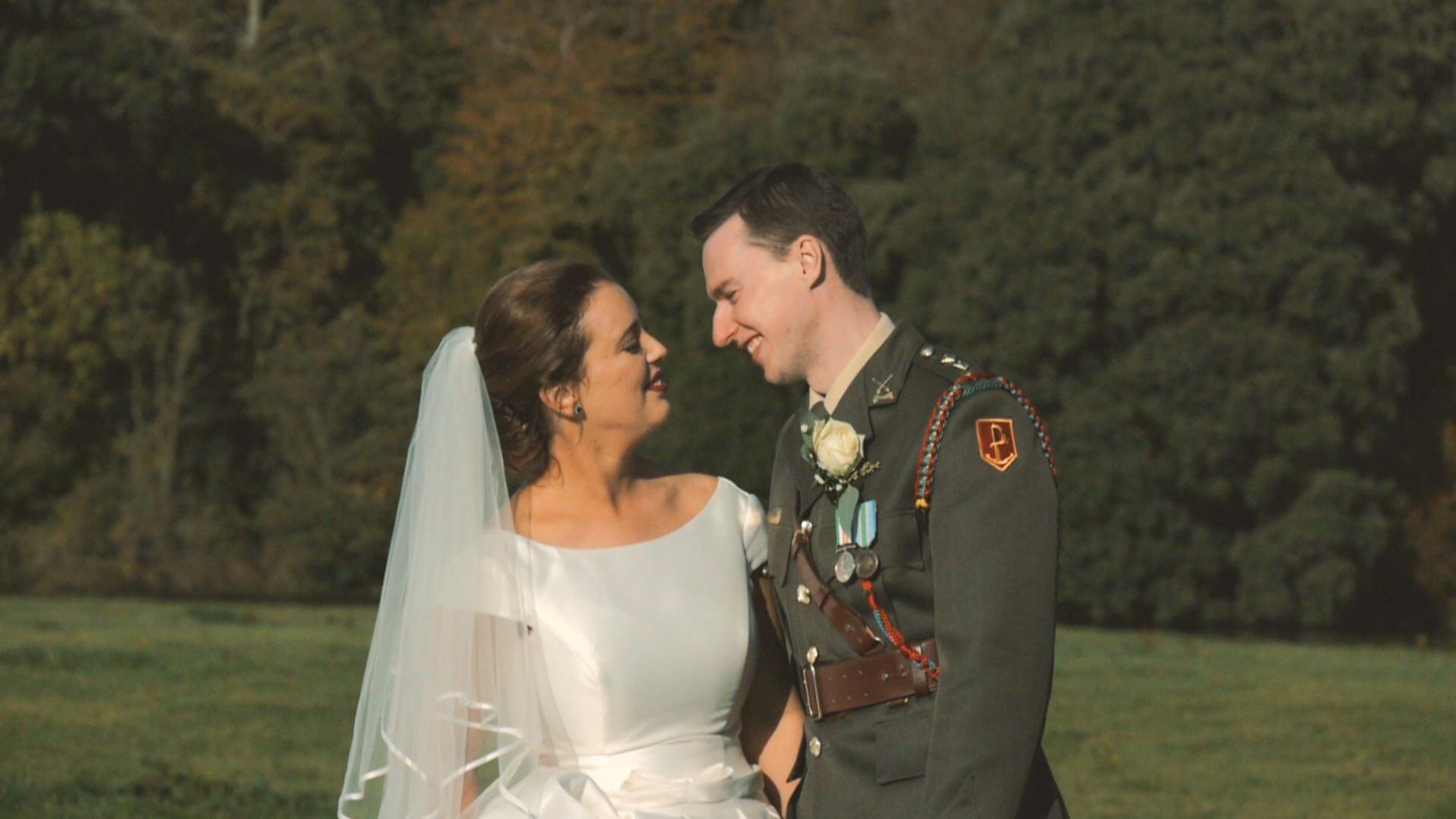